How To Be A Better Middle Hitter In Volleyball 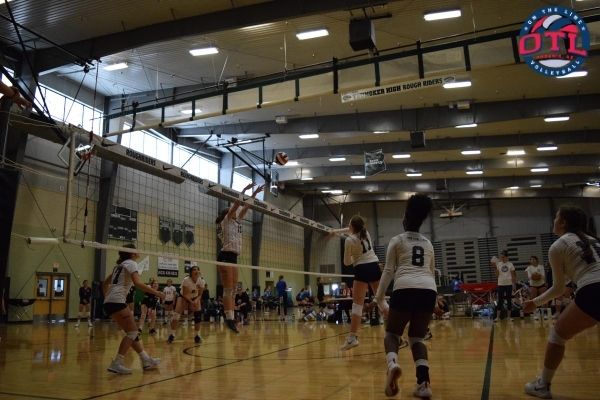 The Middle Hitter In Volleyball Has A Crucial Role In Any Offensive Strategy.

If you are a middle hitter in volleyball, you should be master the techniques of the quick middle attack. This is considered riskier because it allows for less margin of error. But it is faster, and it puts pressure on the opposing team’s middle blocker. It makes it harder for them to block the attack.

For this kind of set, it is up to the middle hitter to “travel” with the setter and follow the trajectory of the ball. Timing is important for this play to be successful. As the setter touches the ball, the hitter should be ready to jump off the ground. The arm should be back, ready for a big swing.

It is important to focus on the ball, not the setter. Otherwise, you can get too close to the net. The hitter and the setter should always be in sync. As hitter, you must trust your setter and focus on your position.

Quick Recap: What Is A Middle Hitter In Volleyball?

The middle hitter is also called the middle blocker. This position is often assigned to the team’s tallest player because height is an advantage in this role. The general responsibilities of a middle hitter include blocking the other team’s attacks and reading their hitters to set up the block.

As mentioned above, the middle hitter is also responsible for quick attacks. When the team is on offense, they can act as decoys, confusing the opposing team and spreading out the blockers.

Hitting Drills To Hone Your Skills

These middle drills can help budding hitters refine their skills and develop into more powerful players on the court.

Visit our website for programs that best suit your skill level or schedule. Or check out our official YouTube channel for free resources on all thing’s volleyball.