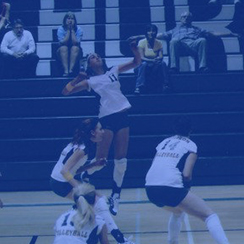 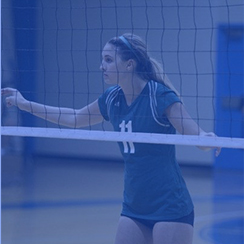 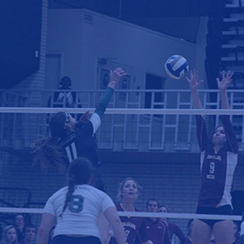 A volleyball journey that started in the desert, took me to the beautiful bluegrass of Kentucky, then on to the Rocky Mountains of Colorado and finally back home!​

My name is Leah Kauffman and I started loving volleyball when I was 13 years old.

How It All Started

It all began when my sister came home from college one day and asked me if I wanted to go outside and play. I wasn’t quite sure what she meant. So, I followed her outside, she opened the door of her car and pulled out a bright white volleyball. I looked at her in confusion.

She had played volleyball in high school and college and for some reason she wanted me to give it a try. As she began to teach me the game, I began to take hold of this new sport. Every chance I got, I would ask my sister to pepper with me in the front yard after school. I quickly fell in love with the game!

As time passed, my sister mentioned to mom and dad that I should tryout for club. Oh no, no, no, I wasn’t very thrilled about that idea. I didn’t think I was ready; I had just learned the basics not long ago. Before I knew it, I found myself in a massive high school gym surrounded by hundreds of girls my age running around with balls bouncing and whistles blowing. A small white paper with number 365 pinned on the back of my shirt.

There I was in a sea of girls trying to standout and do everything the coaches had been telling us to do. Every so often I would take a quick glance around to see my competition. Towards the end, my nerves got the best of me and I began thinking that I wasn’t going to make it. I could feel the coaches watching, marking down every mistake I made until suddenly a tiny, red-haired P.E. coach yelled out my number and called me over to meet her. This was it, I thought, the moment of truth. The first words that came out of her mouth were…“Congratulations, you just made my team.” I calmly said thank you and ran to go tell my parents, all the while, my insides were jumping around like a Marti Gras party in New Orleans! I was so excited. I had no idea that I was good enough to make a team and this wasn’t just any team, it was their best fourteens team, a travel team at that, with one of the top clubs in Arizona at the time. I was ecstatic, yelling out the car window on the way home!

Ever since then, the past 17 years of my life have been greatly influenced by volleyball.

A Time of Adversity

I received a full ride scholarship to Eastern Kentucky University where I got injured and learned the mental and physical  hardships of playing for a Division 1 college. I soon moved back home after that experience, which had left me broken and questioning whether I still loved the sport of volleyball, only to find that it affected me so much, I never wanted to step foot in a gym again.

Fortunately, the brokenness slowly faded into the background and I decided to give it another try. I found myself out of shape and gasping for air at a Scottsdale Community College tryout only days after I walked into the coaches office asking for a chance to play again. The assistant coach remembered me and before I knew it I had made the team. I started to love the sport again but there was still a void. I felt I wasn’t “all in” even though I wanted to be.  That is a hard place to be in. After my season had finished at SCC, I wrestled with the idea to walk on at Arizona State but eventually decided if I couldn’t give my all then I had no choice but to throw in the towel and move on.

So I started coaching. After a long day at the Fiesta Classic Tournament I ran into my SCC coach and she asked if I want to go back and play in college. I laughed “What?”! Apparently, some college in Colorado was looking for an outside hitter. It ended up being a college that wanted to recruit me back in high school. I said no way. I was happy and content with focusing on my coaching and putting all my effort into being a great coach. I was sure this was my calling, a new way to show my love for the sport.

A few more months go by and one of my old club friends had gotten word that I was back home. Her team had just lost an outside hitter and she too asked if I would come play again.  In just a few weeks, it felt like I was back in high school being recruited all over again.  All the while, I was thinking to myself , “I’m just some washed up player at 22 with nothing much to offer. Why not recruit some fresh talent just graduating from high school? Why me?” That particular coach talked me into going on a visit. I liked it but I just couldn’t go “all in” anymore so after numerous phone calls, I made my decision and it was final. I said no.

For 3 years, I continued to coach. Every year we traveled to Colorado to compete and every year I would see that same coach again.  The coach from the school I had visited 3 years earlier. Every time I saw her, she would ask if I was ready to play again. Every year I would say no.

It became a ritual and I looked forward to seeing her and telling her about my players that I thought would be a good fit for her program.  She persisted and it started to get to me, started to make me think deeper about why this coach would want me. Then the words of my former SCC coach rang in my ears, “If you have more to give, then why not give it”.

A Happy Ending and the Start of OTL

At that moment, I realized that playing volleyball was much bigger than I had made it out to be. I had been playing for all the wrong reasons. I loved the sport but the primary reason I played was because I was talented and had the ability to play at a high level and I did. That’s all there was to it. I was proud to be a great player with a love for the game and I wanted people to see that.​

As I began to reflect on my volleyball journey, I saw the impact that my teammates and coaches had on me.  I remembered the joy I got from working as a team to accomplish a goal, the fun we had at tournaments, traveling together, the hard practices and sweat that was poured out with teammates by your side and coaches pushing you to be your best.  It wasn’t about being a great player or holding onto a winning record, those things fade away in time.

It was about respecting the game!

Ultimately, giving back to the game ALL that the game had given to me.

I knew I still had some talent left in the tank so I committed to playing for Adams State University. I played for two more years and not only did I graduate with a Bachelors and start my Masters, I met some amazing people, including my husband of 3 years. I can finally say without a doubt that I gave it my all, I emptied the tank, I was ALL IN and because of that I respect the game more now than ever before.

Volleyball was a gift given to me and I hope that I can give even a little bit of that gift back to my players.

I strive to share the love of the game, teach players to put it all

On The Line and be a positive role model for young women!