Footwork For Blocking In Volleyball By A Middle Blocker 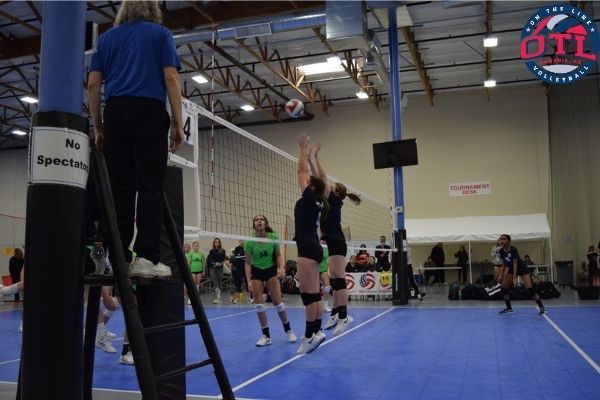 Blocking in volleyball may look rather simple for a spectator. But a good block is not just about holding your hands up towards the oncoming ball. Blocking requires strategic and quick thinking as well as basic understanding of ball movements.

Before we get into tips and techniques, let us do a quick recap: What is blocking in volleyball? And how is a block used in volleyball?

The middle blocker, usually the tallest player on the team, is the one responsible for reading the other team’s hitters and blocking their quick attacks. Middle blockers should be able to move quickly to both sides of the net to assist their teammates in closing a block. Outside hitters can also work as outside blockers when the team is on defense.

How To Block In Volleyball: Footwork Techniques For The Middle Blocker

For middle blockers who need to cover a long distance, a step-hop footwork pattern is ideal. It is a flexible approach to a surprise push set. The player starts a big crossover step followed by a hop step. Whether this is a big one or small one depends on the player’s assessment of the ball’s trajectory. The hop step helps the blocker find balance before getting ready for a vertical jump.

It is important to keep the arms back before doing the hop step to help the player go up faster. This kind of technique may require the blocker to square up while they are in the air so they can block the ball back to the middle of the opponent’s court.

Practicing proper and consistent footwork techniques train blockers to become quick on their feet. Transition footwork, which is moving from base to blocking position, has three core steps—open, cross, and hop.

When you open, make sure you are facing the court and see the ball. This step should be wide enough, so you are aligned with the opponent’s hitter. The cross-step is more of a sideways step. It helps you brace for the final position. The hop step gets you to the position you need to be in. You should be low and ready to jump so you can land on both feet.

Footwork drills help players learn to move laterally with greater ease and confidence. For beginners and young players, here is a sample of a basic drill. The key here is to ensure that the stance is correct as they execute the steps. They should keep their knees bent and their elbows should be at the right angle as they approach the net.

Improve Your Blocking Skills With Us

Visit our website to find a volleyball program that best suits your skill level and experience. We do not just offer training for blocking. Our programs help you master the basics and grow into a holistic athlete, on and off the court. You can also check out our YouTube channel for valuable resources on all things volleyball.